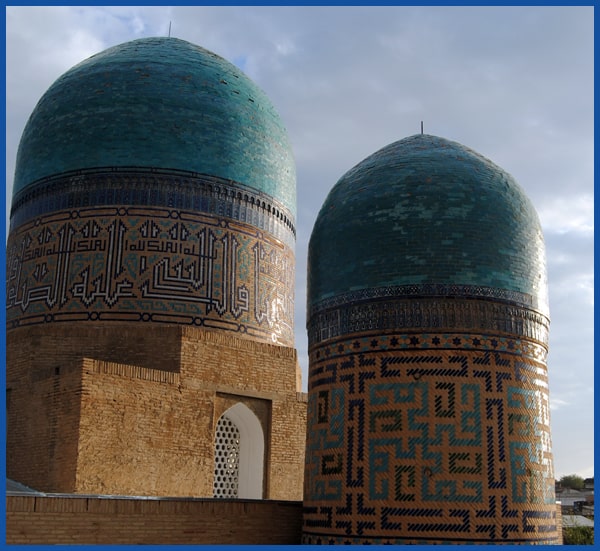 Day 1: Tashkent - Samarkand
The very beginning of the tour starts in Tashkent. Today you are going to travel along one of the most picturesque places of Uzbekistan, the Independence square, set in honor of the victory in WW2. Then it is better to see the Amir Timur square and Chorsu Bazaar, Kukaldash Madrasah. Almost all of the places of Uzbekistan tend to be of religious meaning, being set in the ancient times. Also, being here you are better to make a tour and see the oldest Quran copy of the 8th century. The night will be in Samarkand, in the hotel.

Day 2: Samarkand - Tashkent
The second day of the tour in Uzbekistan is going along the Zeravshan River Valley, getting to Samarkand city.  Today the people call the city as the Babylon or Rome. The guests have an opportunity to see the Registan square, Shakhi-Zindeh, Mausoleum Guri Emir and Bibi Khanum Mosque. All of the places were set in the ancient times, in 12-17th centuries. Then one of the sightseeing dates back to the ancient times and tells it to be of the UNESCO World Heritage Site - Shakhi-Zindeh. You are required to see the Bibi Khanum Mosque. Then coming back to Tashkent, the night is in the hotel.

Day 3: Tashkent - Andijan - Uzbek border Duslik - Osh
In the third day of the tour the guests travel to Kyrgyzstan, from Uzbekistan. In this case everyone needs to pass the Uzbek border in train. Then you are found in the Osh city, the night is in the hotel.

Day 4: Osh - Bishkek
Today the day is devoted to the travel tour along Kyrgyzstan, and the very first place is going to be in the Suleiman Mountain. According to legend, the biblical prophet used to be here. Then you can find yourself in Bishkek, and then visit the famous Asian Bazaar. The night will be in the hotel.

Day 5: Bishkek - Ala Archa - Bishkek
Having visited Kyrgyzstan our guests are able to see the picturesque and magnificent sightseeing, Ala Archa gorge. In the past it was prohibited to pass it, but now it is possible to walk here. Then you will be offered the city tour, along Pobeda Square (Victory Square), Duboviy Park (Oak Park), Central Ala-Too Square, Old Square, National Philharmonic. Then the guests spend the night in the hotel.

Day 6: Bishkek - Burana - Issyk Kul northern shore - Karakol
Kyrgyzstan is a country replete with picturesque places, as Issyk Kul Lake for example. Now it is the pearl of the country at the height of 1600m above sea level. Then everyone is going to visit the perfect in appearance the Burana Tower, the tower created in the 11th century. It is also surrounded by the stone warriors, balbals, being the protectors of the land. Then, everyone gets to Karakol, and has a chance to see Karakol and all of the petroglyphs. The night will be in the guesthouse.

Day 7: Karakol - Jeti Oguz - Issyk Kul southern shore - Bishkek
Kyrgyzstan is seen from the point of view of the existence of the Jeti Oguz gorge. This is the location which is seen literally in the form of the Seven Bulls. Near it there is the Broken Heart mountain, which can be vaulted in 20 minutes. The next destination is the Bokonbaevo village, known for the eagle hunting shows, where eagles hunt hares and foxes. In the end of the day we return back to Bishkek and spend the night in the hotel.